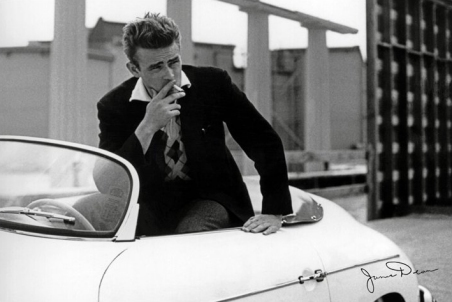 Bob Dylan, the Rolling Stones, Michael Jackson and other Baby Boomers born between 1945 and 1964, without a doubt, were the greatest revolutionaries for social change. No other generation could be so young to live through the assassination of JFK, watch the first man walk on the moon, walk like a hippie at Woodstock, follow Beatlemania, and risk being drafted into Vietnam War. Just like Billy Joel’s song, We Didn’t Start the Fire, it is the perfect description of events that shaped the “Baby Boom”. “Buddy Holly, Ben Hur, Space Monkey, Mafia, Hula Hoops, Castro and Edsel…” They were all brave enough to reject conventional social norms of the 50’s by protesting for women’s rights, freedom of speech, peace and love. “Einstein, James Dean, Brooklyn’s got a winning team, Davy Crockett, Peter Pan, Elvis Presley, Disneyland…”

While Baby Boomers were the first to rebel against their parents’ values, they created a tsunami sensation for self-created, counterculture beliefs. Year 2011, today, while they are almost approaching retirement, they refuse to age and still hold their stoicism. These Baby Boomers want to dive into the anti-aging and sustainably incorporate younger lifestyles. They may adjust, but they will not change who they are because of their established identity and foundation.

Just like a house is built on a foundation with a footing three feet below the soil, an established foundation for a generation is to be accomplished in order to gain the ability of living longer, mentally and emotionally. Kudos to Baby Boomers for who they still are today.

World-renowned, internationally recognized designers, Ian Schrager and Philippe Starck, the kings of boutique hotels in Miami, Manhattan and London, like the Delano and Starwood, are two Baby Boomers that established a cross-over of two generations.

Designing a boutique hotel with a trendy nightclub as the main lobby to check in, is not as idealistic and accommodating for those approaching retirement. While these famous designers have already claimed their fame back in the 60’s, it would be great if they could balance their young clientele needs with older client needs. Their projects would even have more of an effective impact for establishing the grounds for any age.

That generational age, those Facebooking trendsetters, Twittering and looking like full-bodied electric fuse boxes ready to get back in line at the Apple store, are the ones dominating all culture shifts in today’s society. Baby Boomers are just starting to keep up and hope to feel accepted with today’s scene.

The Silent Generation, a different story. This is a perfect example in why cutting edge designers need to consider a broad range of audience they are targeting, with no gap in between. A balanced momentum would sustain in the building boom benefitting clients and designers, no matter what is trending.

Once Generation X ages, long-term stability benefits are next on the plate. As science and innovation keep up, anti-aging lifestyles will keep expanding at different angles and affect future generations.

These ideas support the fact that as innovative, edgy artists and designers, of any age, come in to transform our society, they need to generalize their specified audience to cater.

There is a fine line where all culture changes need to achieve an equilibrium with incoming and outgoing generations. That is the true definition of smart, good architecture.

A great piece of artwork or architecture is best defined as when achieved with good results. The structural elements, supports, beams, studs and foundation are crucial to withstand any generation.

We can watch Google, Steve Jobs and Mark Zuckerberg change the way we live, but incorporating all ages, is the other card to be played in the game, after growing up with black and white television and no social media.